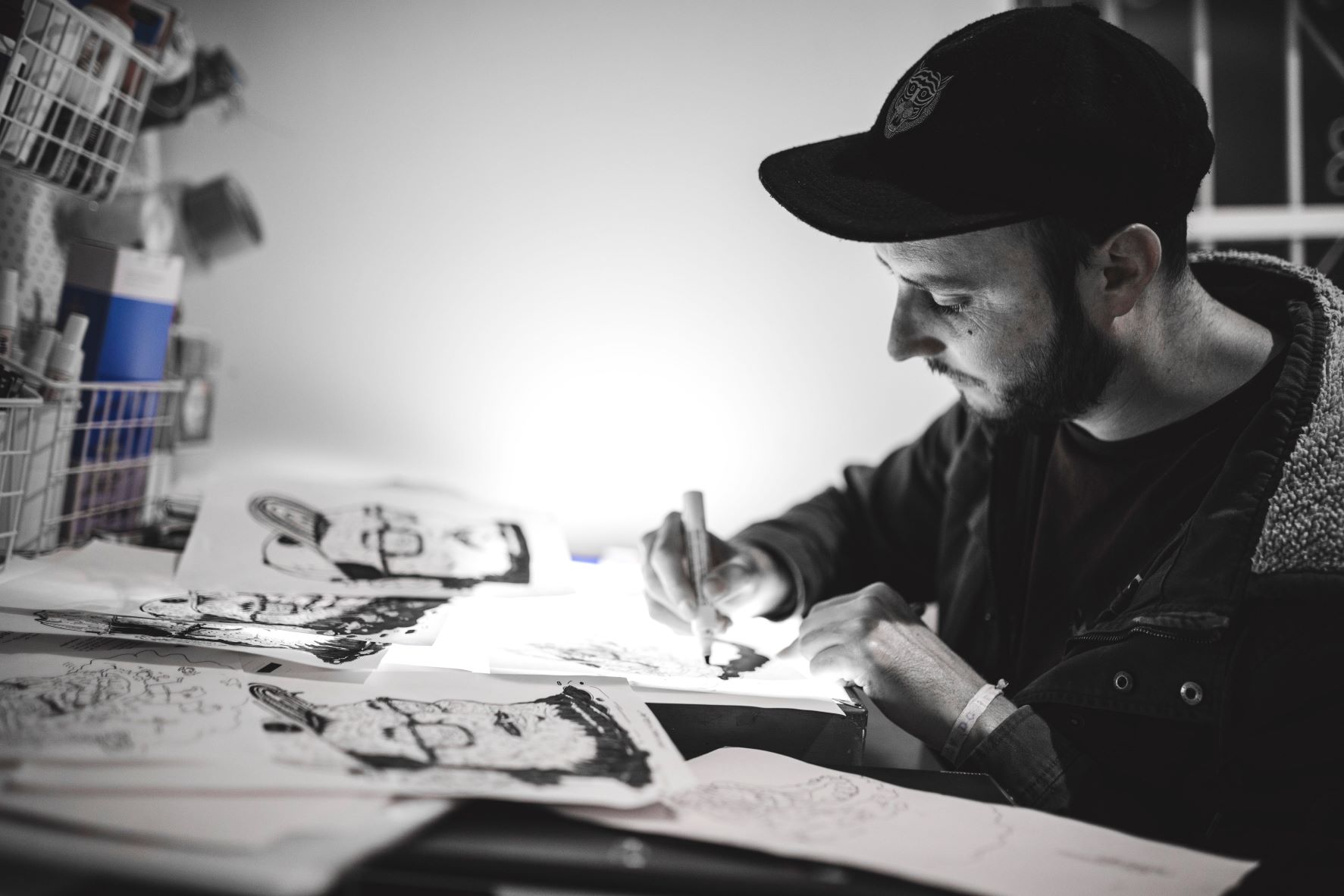 Mike Watt has done a lot in his years as a professional artist – From graffiti, to street art, design, zines, comics and traditional art. All of which are imbued with Mike’s unique + seemingly never ending line. Along with his playful personality and genuine love for people and characters of all types.
On top of all that, he also has a reputation as one of the nicest artists in Australia.

Recently, Mike has released his latest self directed work – ‘Swamp Land Resorts’. A mix of comic book and illustrated novel, filled with action, militias, drugs, bbqs, hallucinogenic frogs and… meth gators. One of which you can see in the illustration below.

Wanting to get to know him better, we sent Mike some questions to answer over email.
Explore his world, below…

I’m still in the same spot.

(A helmet featuring art by Mike.)

Please describe some memories – such as art, music, friendships, adventures, study, romance, politics, work, crime, religion… anything really – from the stages of your life noted below:

Getting rolled for my saved up pocket money trying to get to the comic book shop in Chatswood.

Getting into spray can mischief… Formative years as they say.

Exploring Teufelsberg, or the Devils Mountain in Berlin.
Super interesting place with a crazy history.

Keep getting better and don’t bite.

I have been interested since always, I loved cartoons as a kid (and still do), I found comics pretty early on, then graffiti, then graphic design. I’m still jumping around trying to find anything that interests me creatively.

I have definitely gotten into slumps where I felt like I was doing the same thing and my work wasn’t progressing.
A very pivotal moment over the last few years is pushing the story telling more. It’s so much more fun and interesting for me drawing to a weird story instead of just trying to make something that looks good.

If you had to explain your creative endeavours to some recently crash-landed aliens…
What would you tell them?

I make lowbrow art with weird and colourful characters that are normally experiencing an odd situation.

They’re all very stylish in their own way, and very unique to themselves and bring their experiences in some form.
Good goals to aim for.

If you go to www.swamplandresorts.com you can see my latest project, also my insta @mike__watt – There’s 2 underscores in there to make it confusing, if you see the Mike Watt with a 6 pack, you went to the wrong account. I’m definitely rocking a not so solid one pack.

New York City in the early 1980’s.
So much amazing creative shit was happening then, especially hip hop and all the elements of it.

I’m not sure if I’d survive it, but it was such an exciting wild time.

One of my earliest memories of anything art related was my Dad drawing a He-Man toy on my little black board. I remember thinking it was the most amazing thing.
I think my Dad has drawn 3 things in his life so it probably wasn’t very good… But I think it helped spark my love of drawing.

Apart from that, I always thought they were amazing. I had mad battles with my assortments of random GI Joes, Ninja Turtles and whatever else I had.

Big ass Stay Puft Marshmellow man.
I was gifted by the first illustration agency I joined.
Weird story, but a vampire was after it. This guy who worked in the building of the illustration agency was obsessed with it and kept coming in and asking if he could measure it because he was hunting for it online.
He couldn’t find it anywhere and he kept asking if he could buy it.
Turns out he’s a practicing vampire. I’m not sure where he got his blood from though…

Water Bottle.
Me and this water bottle have been through some battles.

Tape case.
My wife got given a bottle of champagne and for some reason it came in a big tape shaped tin case… which makes no sense.
But it’s perfect for my biros and markers.

In a fight between the following iconic Australians: Agro (the puppet created by Garry Rhodes + most famously voiced by Jamie Dunn) Vs. Mark Brandon “Chopper” Read (Criminal, Writer, Artist + Musician) – Who would win?
…and why would they be victorious?

Unfortunately it’s a very one sided match up and Chopper takes it out easily.

I couldn’t bring myself to draw what happened to Agro, but here’s Chopper leaving the scene. Agro had some gambling debts.

I wish could. I forget my dreams as soon as I wake up.

I’m kind of obsessed with dreams, but I can’t remember them.. It sucks.

The next thing I make. 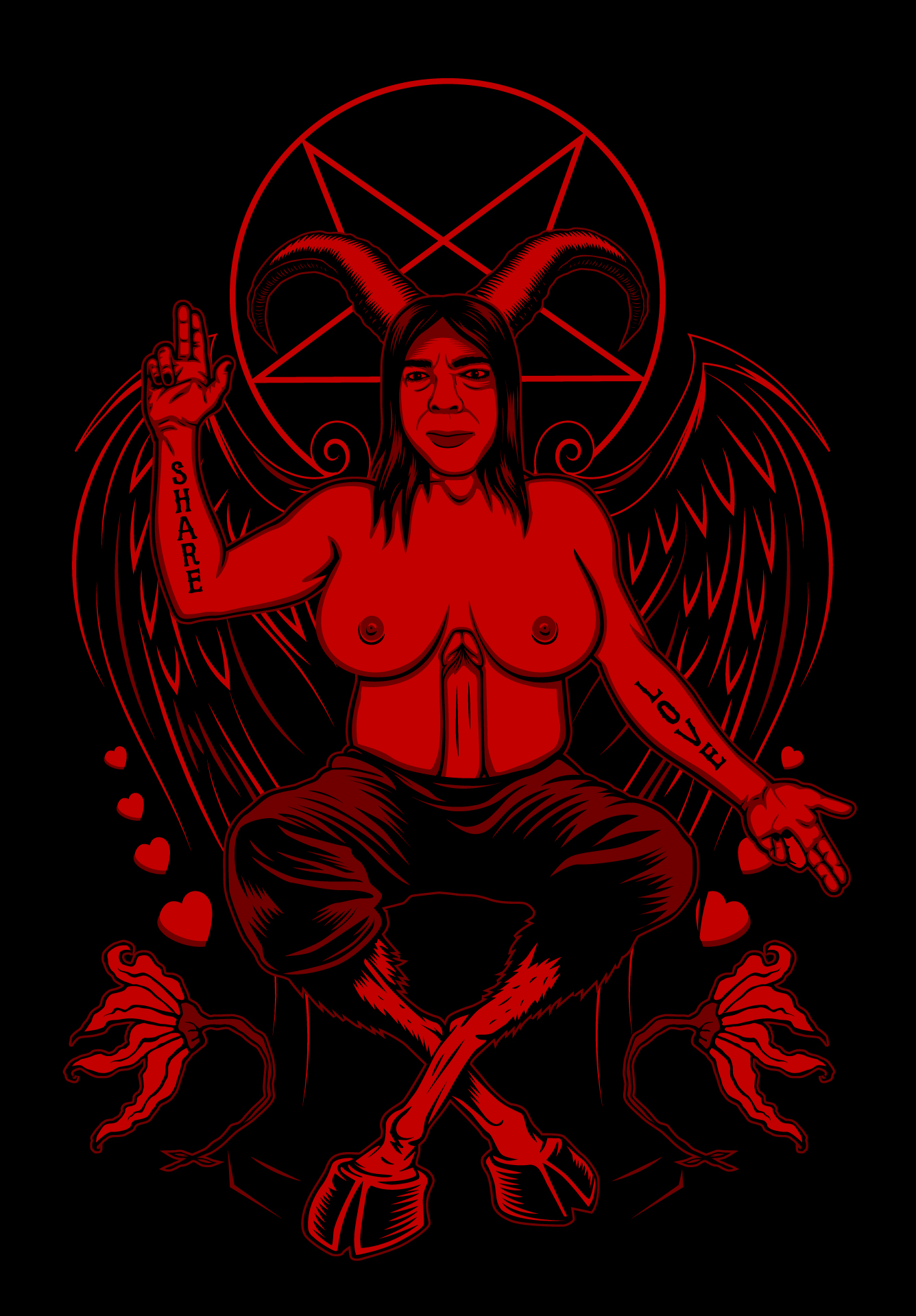 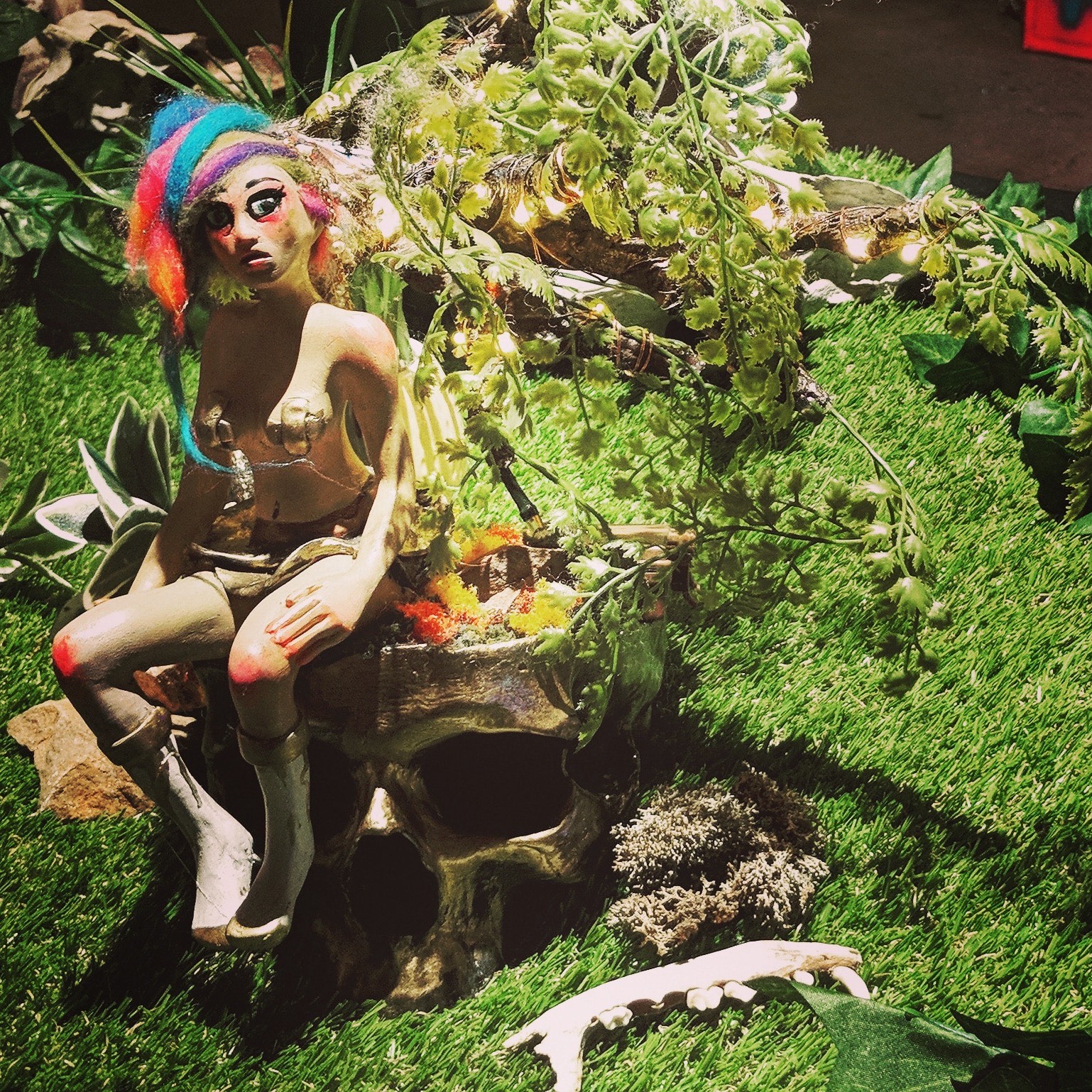 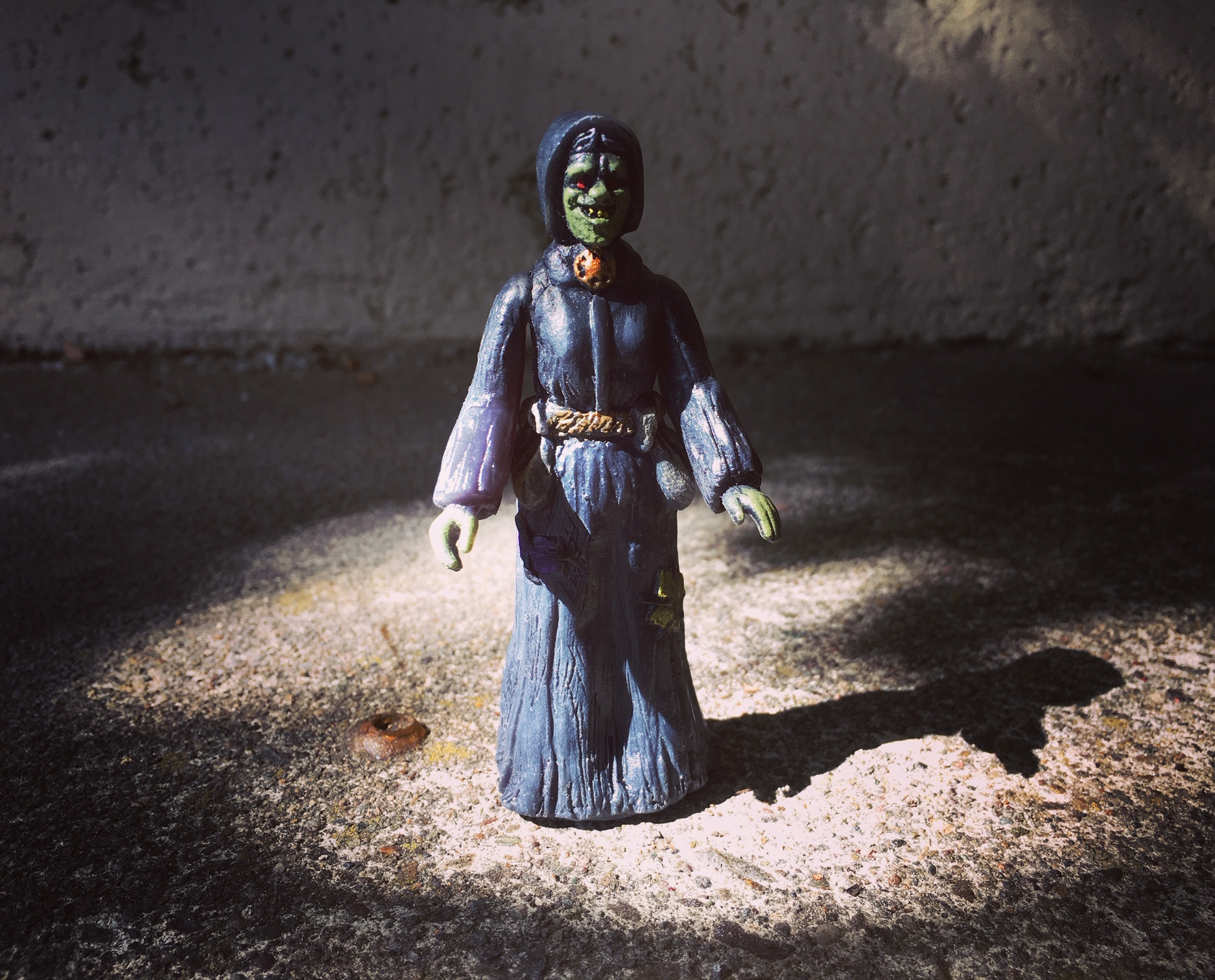 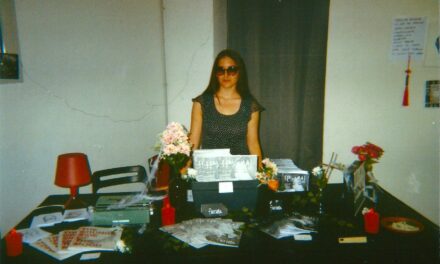 We Chat With Federizka, Writer and Founder of Italian magazine Pigiama / Pyjama.