We Chat With Chilean Born, American Based Artist Gea Philes aka gea* 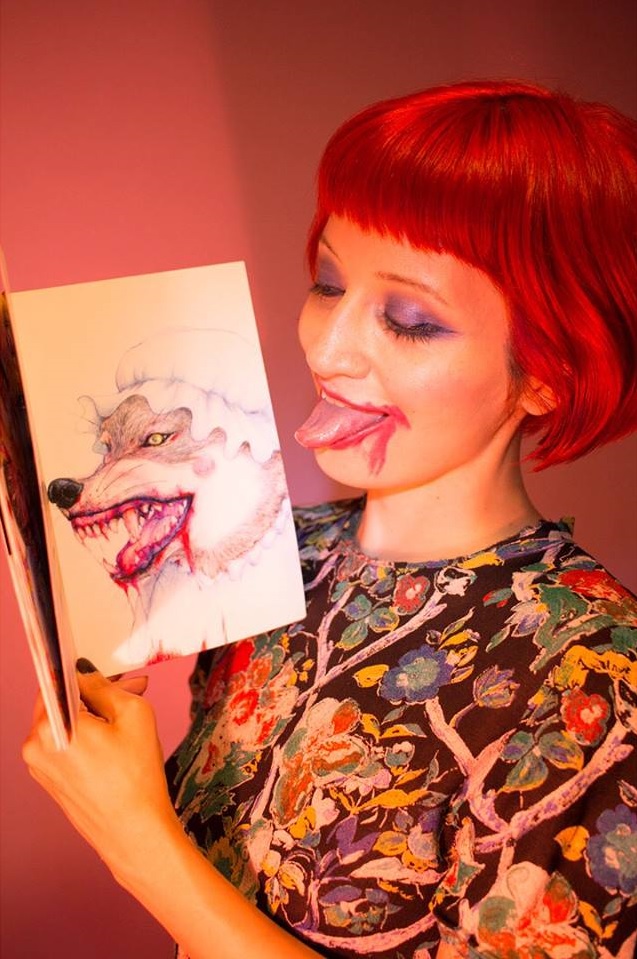 A world filled with schoolgirls, along with the occasional monster or alien, joyfully engaging in acts of violence, carnality, frivolity, and depravity.

“I can’t remember a time when I wasn’t drawing.
I grew up with brothers and a sister and my dad always provided us with art supplies.
Later on it became more of a means of survival to create, I felt like I was losing my mind growing up and sought refuge in art.“

With her latest monograph, a collaboration with author Justin Isis, and the second volume of The Seekers zine – which Gea does in collaboration with writer Simon Morris – due in the next few months; we thought now was the perfect time to sit down with Gea and ask her some questions about her art and life.

Read it all in the interview, below:

Basics / Getting to Know

gea*, and one should never ask a lady her age.

I reside mostly New York, travel as much as possible.

I was born in Santiago, Chile.

In the little town I grew up there was a door to door fish salesman. He would bring fish he caught in a big basket.
One day there was a puppy peering from the basket and my family kept the little rascal.

A stranger in a strange land.

Nothing school can teach me.

I relate more to movies than people.

Running away constantly. A drag queen adopts me and we live the unglamorous New York life that gets mistaken as poetic whenever mentioned.

I have a hive in my arm and need to feed a swarm of bees.

I meet a stranger with a James Dean car and secretly hope it ends for me like it did for the movie star and his mechanic.

At 25 one is not yet adult. It’s all a blur, but I meet Shaun Partridge (Editor: artist and one of the founders of ‘The Partridge Family Temple‘) around this time.

Art is in me… but not producing the work I want to.

Some people still seem to dig it and I enjoy the encouragement.

Fully formed is at the top of the staircase, and its a long way away from 30. Still figuring it all out?!?!

Love is in the air, and yet the world seems against me.

I take my work very seriously now and have no time for dilettantes or hobbyists.

With paper and pencil, my mojo is in full effect. The Nurses appeared and the Tiny Girls began to interact it’s all making sense… to me anyways.

“To you, the bold and foolish lambs. To you who are intoxicated with riddles, let’s go.”
– from ‘Thus Spoke Zarathustra’ by Friedrich Nietzsche, and first published from 1883–1891.

I can’t remember a time when I wasn’t drawing.

I grew up with brothers and a sister and my dad always provided us with art supplies. Later on it became more of a means of survival to create, I felt like I was losing my mind growing up and sought refuge in art.

Trevor Brown was a huge influence on me. Remember coming across his work and thinking this guy gets me. So I wrote him a letter of admiration and he pushed me to find my own personal voice in a way. I will always be grateful.
At the time it felt like he was the only person that believed in me.

* Your drawings and illustrations – often done in color?

I enjoy working with color pencils and it all happened by accident (or not).
I had this horrible job that required all of my time, and felt very frustrated. I started to bring pencils and a sketchbook to work and sneaking in drawing time. That’s when it all really came together, specially after I got fired. Ha!

The colors have become more potent as I progressed.

Comics are something I would like to explore more in the future. Haven’t yet been able to really grasp it even though I’ve tried.

There is something to do with the Nurses coming up in a zine format. Not really a comic, but images accompanied with text. Stay tuned….

* Your directing and film work?

I do everything, a crew of one. Sometimes a cute girl will let me film her. Everything is trial and error.

The first video I directed got a thumbs up from Roger Ebert and allowed me to befriend one of my favorite directors. Don’t need to do anymore, it’s all downhill from there… yet my love for visuals keep me wanting to do more in that field.

I’m working on 2 video projects at the moment for an exhibit next year. One is an animation, and the other… I’m not sure myself. It will all come to me when I start editing.

Worst aspect of the art hustle?

Norwegian Airlines and their customer service.

Being able to get shows anywhere but America.

Best aspect of the art hustle?

We know that apart from your many esoteric and occult influences, that you are also a member of the Partridge Family Temple – and we just couldn’t resist asking you some questions all about that fun scene and your role in it… So…

I have never been a part of the Partridge Family Temple.

I am guilty by association.

I liked them a lot.

When you say you liked toys a lot as a child – do you remember any favourites? And if so, what were they? And what about them did you so love?

Favorite toys where the ones I could play alongside my younger brother with. We hung out a lot and and boys toys were cooler. Some of them were Gi-joe‘s, Sectaurs, Robotech.

As for my own personal ones, I remember collecting smurfs. I’m not sure if I played with them, but I had a lot. I can see their influence in my work now.

What did I love about toys?… I suppose the fantasy and escape from everyday they provided. Making wild scenarios and being someone different, tougher or cuter.

Madonna was a big deal for me. The world was a nicer place when she appeared on tv.

2 sides of the same coin.

Any cartoon character I hate. I don’t want to ruin any of the ones I like.

Who would win in a fight and why: Betty Boop Vs. a Kewpie?
[Please draw the battle in all it’s violent beauty!]

Betty of course, Kewpie is just a big baby.

Liquid eyeliner, camera, and Vivienne Westwood dress that seems to scare away people every time I wear it.

Depends what drugs you are talking about. Some you can’t work on, some provide only illusion.

For the benefit of John Lawman reading this I would like to make it clear that I have never taken any illegal drugs nor do I know anyone who ever has.

You asked for it…

My lover was holding my hand proudly as a man takes a dump (diarrhea) on me. An annoying woman with a fake French accent was waving a check at me but trying to tear it up. She failed, I kinda grabbed it the it blurs like dreams do.

My dreams are often pretty awful. Can I even call that a dream or is it a nightmare?

I know poo poo in dreams is supposed to be good luck anyway.

My best work, which is to come in the near future. And if it doesn’t… I’ll be around for many more years, like a grain of sand in your eye which just won’t wash out.

Through my website geaphiles.com or social media (I’m easy to find, the name is always “geaphiles”).

Working on the second volume of The Seekers zine with writer Simon Morris titled The Nurses of Eris Hospital. Coming soon before the year ends.

As well as doing illustrations for a dirty book written by Justin Isis.

Any major projects you want to hype

My next monograph, The Tiny Girls. I up the ante a little from Penetralia (my first book, published by Timeless Editions).

A residency in Europe in March 2020. I’ll be showing work alongside one of my favorite artists… don’t want to say too much yet. 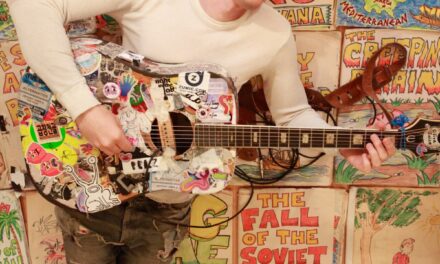 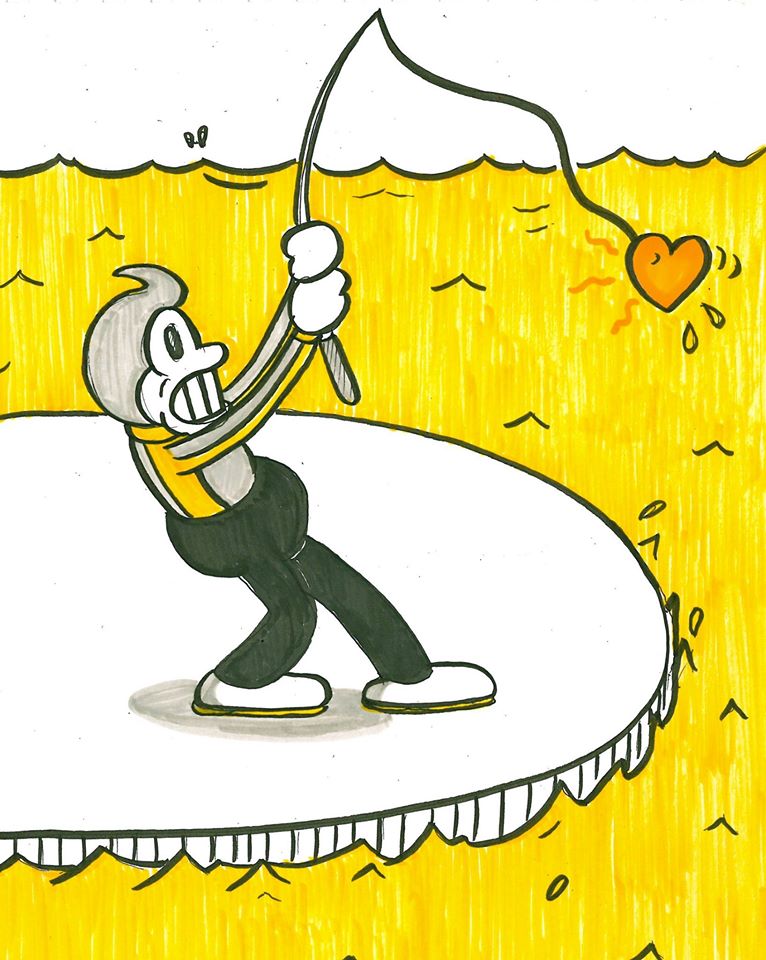 We Chat With Australian Artist, Musician and CREATOR OF HARVEY THE 29TH, Tinman Johnson of ‘PEP 29’ And ‘The Yellow Stripes’ 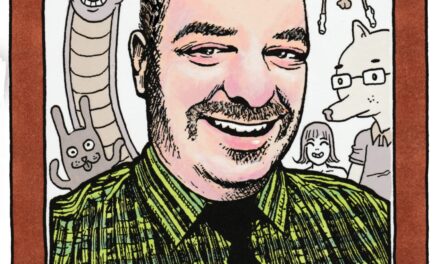 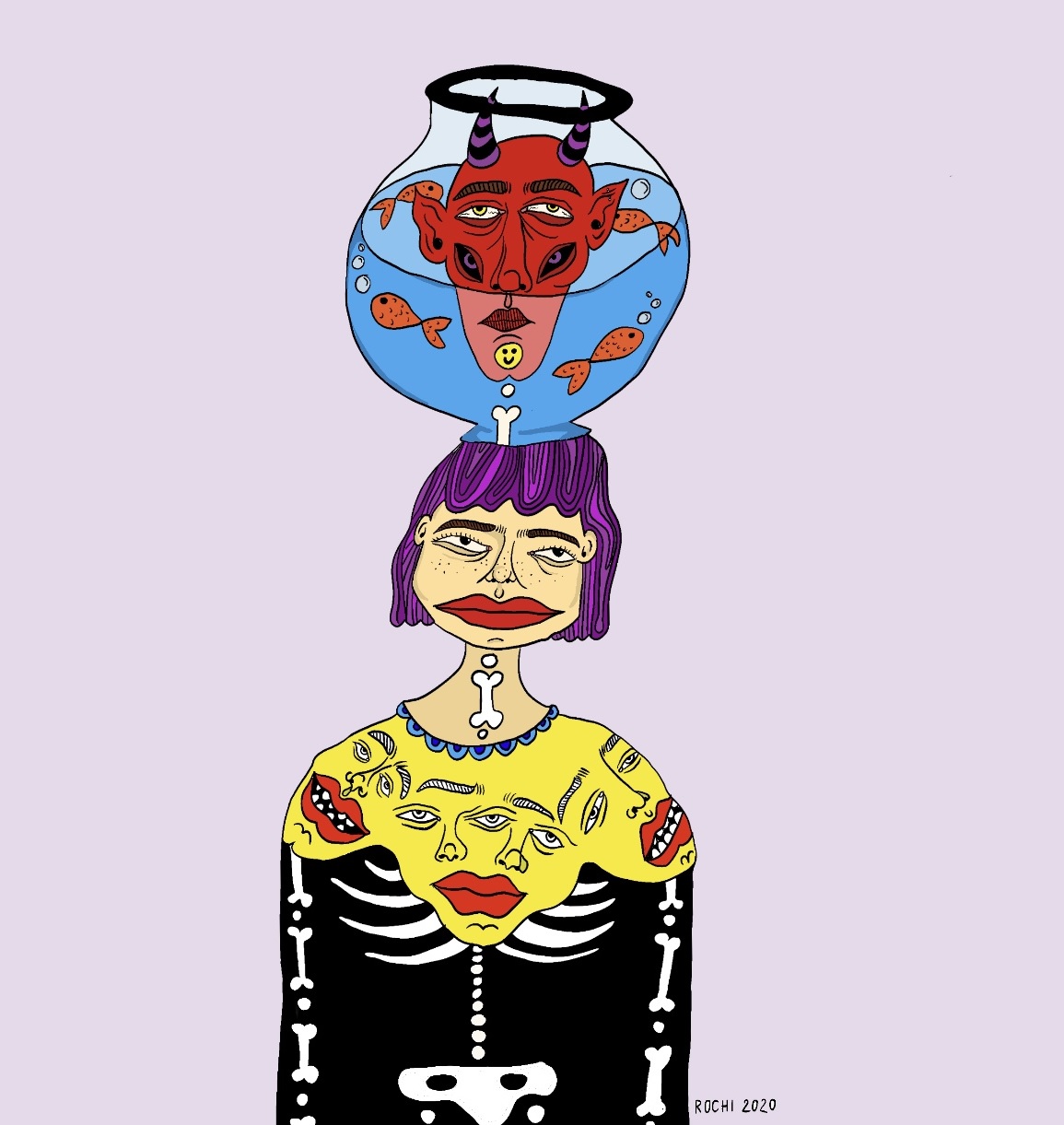